Your computer has been running slow for weeks now, and nothing you do seems to speed it back up. Programs keep crashing. Streams keep freezing. You can barely use your PC without having to wait for the cursor to spin! It's enough to drive anyone crazy and have you start thinking about buying a new computer.

Before you start shopping online for a new PC or make the decision to junk your current laptop as a lost cause, consider a PC optimizer first. Downloading a PC optimizer is a great way to recoup some of the speed you've been missing by giving your computer some much-needed tidying. These programs clean, optimize, streamline and fix several key aspects of your operating system. 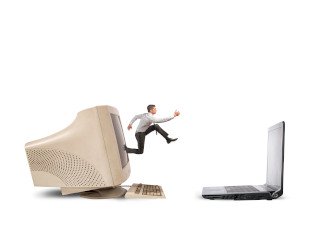 Put the credit card down and close the browser window for new PCs. Instead, navigate over to MyCleanPC and download a PC optimizer to see what it can do for your computer! And, if you're still skeptical, check out these six reasons to try a PC optimizer before buying a new computer.

1. It's more affordable than a new PC

A new computer is an expensive investment to rush into. Most worthwhile laptops are $800-$1000, and gaming rigs can run even higher as you add better hardware. Building your own PC is a cheaper option if you have the savvy, but there's a lot that goes into the process. Why put the money into a new PC until you try everything possible to restore the speed of your current one?

Even upgrading parts can get to be expensive. While RAM, batteries and other minor components are relatively affordable, new graphics cards, processors and solid-state hard drives are much costlier.

Think about all the additional costs, as well. Want a warranty for that new computer? Subscriptions for bundled products and services? They add up fast and are impossible to escape when you purchase new hardware. Depending on what brand you buy, where you buy your new PC from and what type of model you invest in, the costs can add up drastically.

The cost of many PC optimizers is a simple number to remember: Zero. That's right! Most PC optimizers are free in some capacity, which means being able to diagnose speed issues and optimize your computer quickly. Isn't that a much better price to pay than whatever it costs to buy a new PC or replacement components?

If you're feeling like you need to buy a new computer just to fix speed issues with your current laptop, ask yourself how much money you'd rather spend: North of $1000 or next to nothing?

2. It's easier than setting up a new computer

So you buy a new computer. It's lightning fast, and that's all well and fine... except for the time you now have to spend setting it up. That's hours of work — from loading your most-used programs back on, to setting up your passwords and profiles, to connecting devices, to navigating preferences and more. You might enjoy your new computer, but you're probably going to dread the setup process.

Think about how difficult it is to set up a computer from scratch, reinstalling everything you need to make it run right for you. Now, think about the effort that goes into downloading a PC optimizer. The difference in complexity is staggering! To get a PC optimizer up and running, all you need to do is download the program, launch the installer, open the program and click "run." That's it. The entire process takes minutes, not hours.

The best part about using a PC optimizer instead of reconfiguring a brand-new computer is the familiarity. You don't have to get used to a new operating system or spend time getting everything just the way you want it. Everything is as it was!

3. It's faster than buying a new PC

As mentioned, downloading and using a PC optimizer takes only a few minutes. You don't even need to pay active attention while it's happening — the process is intuitive! That's definitely not the case when buying a new PC. There's a lot that goes into the decision-making process and it takes much longer than minutes.

First, consider the hours you'll spend deciding on the features and specs you want in a new PC. Then, once you've settled on those, you'll need to pick a brand or select a model. From there, there's even more time spent shopping around for the lowest price or best value. When you do finally make a decision and place your order, don't forget to account for delivery time, too! It could be weeks from the time you decide to get your new computer to the time when you actually get to use it.

Again, downloading a PC optimizer is a process that takes just minutes from start to finish. And, the optimization process itself is just as succinct. It's possible to download the program, install it and optimize your computer in about the time it takes to get in your car, drive to the store and buy a new computer on the spot. It's cheaper, too!

Imagine buying a brand-new computer... only to have it exhibit the same signs of slowness just a month or two later. What was the point of the purchase? Unfortunately, this is often the case for people who rush headlong into buying a new PC when their old one is just fine, hardware-wise. If the problem is on the software side of things, it's bound to show up on your new machine

Lots of computer slowness issues are the product of your daily computing habits. Full caches, disk fragmentation, corrupt registry files and the like all appear with regular computer use. They might be partially to blame for your current computer's slowness, and they're bound to show up on your new computer with time! Instead of upgrading hardware to solve your slowness issue, you should try a PC optimizer instead.

PC optimizers are specifically designed to tackle the problems of common computing and the slowness they bring with them. An optimizer can clear caches, defragment your drive and fix corrupt registry files in no time, alleviating the slowness they can cause. And, once you've installed one, you can use this same program to combat the same software-side issues in the future.

If a majority of computer slowness issues are the result of use over time, doesn't it make sense to invest in a solution that keeps working long into the future? Your fresh, new hardware is only going to stay fresh and new until the next generation of laptop comes out. Your new operating system is only getting older. In many ways, buying a new computer is like driving a new car off the lot — it'll begin to depreciate in value almost immediately.

The great thing about a PC optimizer is that it'll keep your computer in peak condition for years to come. Think of it like taking your car in for regular oil changes and tune-ups. Why buy a brand-new car when you've got a well-cared-for model that runs like a dream? The concept is the same for your PC.

Running a PC optimizer weekly or monthly is the oil change equivalent for your computer. You'll keep all those speed detractors at bay and continue to organize and optimize your operating system. You'll end up with a computer that's old, sure, but fast enough to run with modern machines and capable enough to serve your computing needs.

What happens when you bring home a new computer and start setting it up, only to run into a problem. Who do you turn to? You might be able to call a computer expert, but they'll charge you even more money to come out and look at your machine. You can call the company's tech support, but you might end up waiting on hold for hours only to talk to someone from a different country, who doesn't understand your problem.

With a PC optimizer like MyCleanPC, your lifeline is built in. If you run into problems optimizing your computer or have issues about what's causing the speed to suffer, all you need to do is call. You'll get connected quickly, to a native English speaker who can solve your problem properly. It's a lot less troublesome than working with a brand-new computer and a lot more fruitful, too!

If slow speeds and a problematic operating system are your only reasons for buying a new computer, save yourself the money. Download a PC optimizer instead and solve your speed problems without the cost, inconvenience and frustration associated with a new PC.

MyCleanPC is powerful enough to fight the speed-reducing factors plaguing your computer, so you can continue getting the most out of it for years to come. You might not be buying a new computer, but with MyCleanPC, it's certainly going to feel like you're using one!